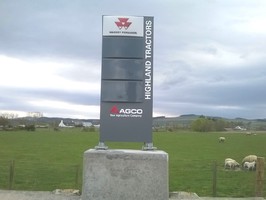 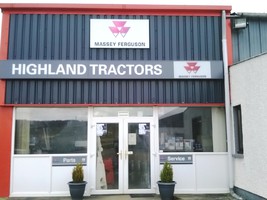 Highland Tractors was founded by Andrew (Drew) and his wife Jan Fraser in 1980 carrying out servicing and repairs on various agricultural machinery.

In 1983, they were awarded the Renault Agriculture franchise and held that until October 2003.

The company carried on in the agricultural industry until June 2004, when it secured the Massey Ferguson dealership for the Highlands & Islands and part of Moray.

Since then they have expanded their premises with a new parts department. They also employed additional staff to cope with the volume of Massey Ferguson products and other agricultural machinery that they have been selling in the area.

We hope you as a customer will purchase your next agricultural equipment from us.  In return we offer you a warm and friendly environment where you and your equipment will be looked after from year to year by our fully qualified staff.

With a strong customer focus,  we will do everything we can to meet your needs and will provide you with comprehensive advice.

Thanking you for your support.